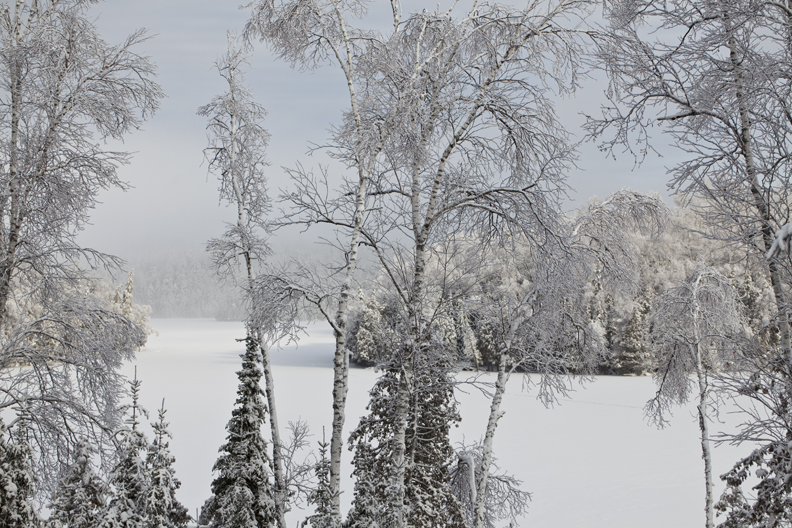 Happy New Year everyone! We loaded up the truck (3 kids, grandma, 3 chickens, rabbit, dog, and pig) and headed for the cottage over the Christmas holidays. Henry snuggled on my lap for the 3-1/2 hour ride. The week off gave us time with Henry to practice some new tricks:  Figure 8’s & High 5’s   Figure 8’s & Stay. 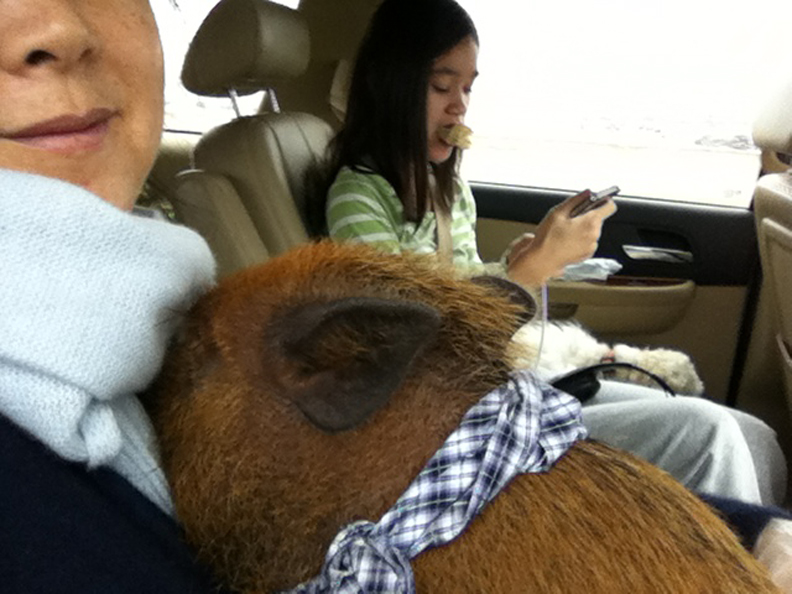 Henry now weighs 24 lbs at almost 7 months, which is still okay and manageable, but I don’t think he will be able to sit on my lap much longer. Those little hoofs are pretty sharp when he’s standing on you. 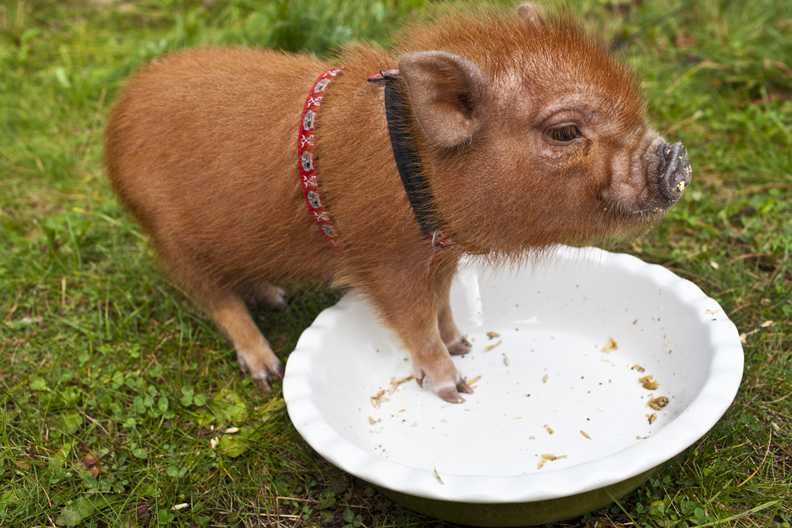 This was taken days after we got him at 8 weeks old. I forgot how cute this widdle bitty baby was. He would stand in his plate and eat.

Same pie plate for scale (I’ve got a set of three), see how much he’s grown? This was one of the few warm days up north, then it got really cold with daytime temperatures of -17•C.

Henry hates the cold. He will not go out to use the potty unless I throw some treats out the door.

The minute he’s done, he will stand at the door screaming to get in. I didn’t realize how stressed he was until he came down with “Dippity”. At first we thought he had poisoned himself on antifreeze-brined mice (Hubby’s mice catching trap). Henry would drop his hind legs as if paralyzed, and fall over screaming in pain. There were also four red welts on his back – had he burned himself on the woodstove? After googling his symptoms, I found he had the classic signs of Dippity Pig Syndrome. This illness affects young pigs and is brought on by stress. It appears suddenly and lasts between 24-72 hours. The hind legs “dip” down when they feel the pain from the welts on their backs.

Luckily for Henry, it was a mild case, his welts never oozed blood. With some quiet time and sleep, he was back to normal within 24 hours.

« An Important Holiday Message from Henry…grow your own microgreens & sprouts »

show hide 4 comments
link to this post
email a friend